The Olympics are well underway and I’m psyched! Like so many others around the globe, I am glued to the TV and watching for an Olympic shining moment.  And there are many.  I am so inspired by what these athletes do and what they exemplify.  Podium or not, they demonstrate fortitude, courage, pride, respect, commitment and passion.

In years past, I watched the games with the same enthusiasm but with a different perspective.  I dreamed of going to the Olympics one day, competing in Judo.  As the years went on and I realized the Olympics were not my path to take, I had to search for other dreams.  But I continued, every 4 years, to be a passionate observer and found some valuable life lessons and motivation from this major sporting event.  Here are just a few highlights from London that I feel have captured those moments that transcend the Olympics…

I can remember being a young girl, watching the judo coverage in 1988, which was the first time the women’s divisions were participating (and only as a demonstration sport.  4 years later women’s judo was an official Olympic event.)  Fast forward to London and now ALL 200+ participating countries include both male AND female athletes; as well as ALL 26 sports including both genders.  While it seems crazy that there is still a struggle for gender equality in sport, it is a step forward and a lesson for all in the importance of fortitude and commitment to a cause.

I could not talk about the Olympics without covering some news from the sport that introduced me to the spirit of the Games.  After much controversy Saudi Arabia female judo competitor Wojdan Ali Seraj Abdulrahim Shahrkhani will be allowed to wear her headcover (hijab) while competing in London.   Not only is this a step forward for gender equality (this female athlete has not stepped off of Saudi Arabia soil until now) but in respect for all peoples and their beliefs.

Finally, as a matter of judo and Candian pride, I was touched by the story of a 22 year old man from Quebec City – Antoine Valois-Fortier.  On Tuesday, July 31st this fighter surprised many by winning a bronze medal in London.  The first judo Olympic medal in 12 years to be had by a Canadian! He defeated odds by eliminating the 2008 Olympic champion in the first round and later advanced to the semi-finals to beat his American opponent.  The passion and true sportsmanship  he showed throughout his matches and right until the end was so moving.  It has even made me reconsider bringing my judo gi out from storage on a more regular basis.

We all have Olympic-sized dreams of sorts. And they may not be hopes of athletic accomplishments.  Whatever they might be, I challenge you to think about it during the next 2 weeks while the Games continue.   If you don’t know what it is yet, find it and re-ignite that passion deep inside you.  Good luck! 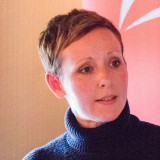